What's In a Name?

Columnist Ed is on his high horse.  Again:


Champions League......CHAMPIONS LEAGUE.....ChAMpionS LeaguE.....oooh oooh AHHH AHHH!!!  Can't you just here that crazy Champions League anthem tune when you read that?  He wait, does anyone like that anthem ?  I don't.  To me it  sounds like national anthem of one of those countries you've  never heard of that somehow sneaks a gold medal at the Olympics in the three-legged race: “And now, the National Anthem of the Republic of Smerzagrovnia, and a hearty congratulations on their first ever Olympic gold....”


Here's a suggestion – and don't just say “no” in a knee jerk way – how about going a different direction and trying, say, the theme from Shaft?  Come on, give that hickuppy guitar and playful background keyboard a listen:


And speaking of spectacular, I don't know what was better, that amazing second goal of Oscar (talk about swerve and dip), or that amazing first touch he took to put the ball behind Pirlo before he spun around him and took the shot.  Wow.


My only issue with Oscar is the dead horse I've been beating about many footballers playing in Europe, but particularly Brazilian footballers:  What's up with the first name only on the jersey?  It just screams “egomaniac” to me, as in “I am THE Oscar! I'm so fabtacular (look at my hair!) that everyone just knows me by my first name!  I'm just THAT popular!!”


Well, Oscar, I'm sorry to say it but I find it painful that your dropping your last name when your first name is “Oscar.”  Sorry kid, but it's not exactly lyrical or original or tough.  More muppet garbage dweller to me.  And dude,  you've just started playing!!!


I think if I owned a soccer team, I'd put an end to that whole thing.  I'd start by appointing Ray Lewis as my Ego Enforcement Officer and instruct him to go all Terry Tate on anyone who gets ahead of himself. 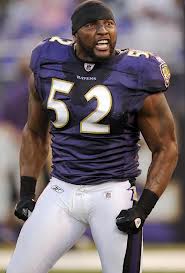 
Anyhow, Chelsea looked the better team in the game even though they ended up with a draw.  Plus, I'm not sure if the boss man is right that Chelsea isn't that good.  Hazard, Oscar, Ramirez, Lampard – they all looked pretty good to me.  Even Fernan....nah, he looked pretty ordinary, really.


The game that shocked me the most was the Manchester City v. Real Madrid game.  I have never seen such speed as Madrid's.  For most of the game, it seemed like Real was playing with 12 or 13 players and City had 8.  Even Tevez looked pretty pedestrian against Real's fast defense.  As a famous commenter on this site said, only Ya Ya looked fast enough to handle the speed.  He was absolutely in full warp mode when he was taking the ball up the pitch on breaks.


My final thought comes from the combination of my recollection of Gary Neville's masterful job in commentating the Chelsea game against Juventus AND an email I received from some New Yorkers who both watch the game and still play it.  The email noted that Gary Neville had a great pre-game show on the London feed of Sky Sports in which Gary broke down both tactics and individual mistakes.  Our New York friends noted how sad it was – and I agree – that the American audience has to suffer through Eric Wynalda (nice guy/awful commentator) and Rob Stone (ugh) as they talk about nothing but what was already obvious to the viewer ("Chelsea really looked better, they just have to keep it up!).  I think Warren Barton adds something, but regardless, it's nowhere near good enough.  And when  they walk over to  the studio floor painted as a soccer field?  Egads.


So here's the question:  Why dumb it down so much?  I suspect the US demographic is both small and wants about as much knowledge as possible.  Plus, raise your expections a bit, Fox Soccer Channel and ESPN!  I bet those US socccer viewers (all 122 of them) can handle it!!

On a related note, I'm thinking of getting a bumper sticker that says “I heart Gary Neville.”  I think I could sell boatloads of those if I time it right. . . . . wait.  I think the bossman already has one on the front of his red Vespa.