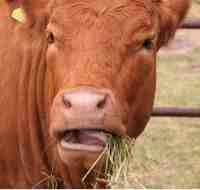 Just a few comments on the USA - Belgium game from Correspondent Scott...

What's the deal with Lexi Lalas sounding as if he is in a huge argument every time he comments, daring someone to disagree?  Lighten up Big Red. You're wrong sometimes just like the rest of us - like when you insisted Geoff Cameron pushed off on his goal and that the Belgians were up in arms.  Neither did he push off (it was a nudge at best in the context of a professional soccer game), nor did the Belgians complain.  Just because you don't have anything to say doesn't mean you get to make things up - and try to make us believe it by saying it with a snarl.

And while Taylor Twellman at least called out Lalas a bit on his comment, and made a few insightful observations throughout, his ability to banter and wittingly fill a conversation void falls well short of the mark yet.  Ian Darke (who needs his eyes checked if he really thought Romelu Lukaku was offside even with the yellow line on the monitor) must have felt like he was playing verbal pitch and catch with a one-armed two-year-old.  Maybe he had a bad night but it was enough to make me wonder what kind of a job Gus Johnson would have done. Yikes.

The display on the field wasn't much better.  While the final possession statistic was close to 50/50, and the US did create a few nice chances, Belgium dominated the game more or less from start to finish.  Throw in a dash of horrendous defensive lapses and you have a recipe for a 5-1 drubbing.  That the score was only 4-2 was due to the magnanimity of the referee who waived off a pretty clear handball on Damarcus Beasley in the box at one end (the hand lingered and was too far away from the body not to call it) but then punished a Belgian defender at the other end when he was struck on his arm tucked firmly into his body.

Aside from the handball, I have to say I was impressed with Damarcus Beasley, and not for the first time recently. I'm ready to officially announce his renaissance. After blazing onto the international stage with success, alongside fellow then 20-year-old Landon Donovan, at the 2002 World Cup, he fell into ignominy soon after when plagued by injuries and trying to fight back to fitness.  At the 2006 World Cup every pass he made was either backward or lateral.  But here he is 7 years later at the age of 31 in a new position at left back, containing the likes of the physical specimen that is Lukaku and taking on players down the flank.  Welcome back, Mr. Beasley.  And congratulations on your 100th cap.

In closing, I would be remiss if I didn't comment on the happiness I felt upon seeing Stuart Holden trot out onto the field around the 80th minute.  His journey back from that horrific injury has been long, hard and fraught with setbacks.  Once the future hope of US soccer, he is back in the shallow end again, even getting playing time with Bolton toward the end of last season.  Good luck, Mr. Holden.