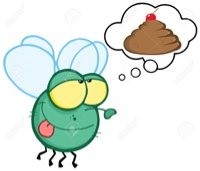 The Law says that the position of the hand does NOT necessarily mean that there is an infringement.  Somehow that got flipped around into the handball phrase that won’t stop giving: the so-called “unnatural position.”  If I had a nickel for every time I've heard “unnatural position” when discussing handballs, I still wouldn’t have enough money to bribe a FIFA official, but I could probably stop working and spend all my time on soccer rants.  Now, while I think taking into consideration whether an arm is in a natural position is good to do when trying to infer intent, as the Law requires, this “unnatural position” thing has somehow morphed into the Law itself.  Nobody talks about whether the player intended to handle the ball anymore.  They just talk about whether the arm was in an “unnatural position” and then everybody tries to define that as if that is the answer.  It’s not the answer!  It is only a consideration as to intent!

Further, it seems that, even with all the running and jumping that goes on in soccer, there is only one acceptable natural position for one’s arms and that is next to one’s sides or, even better, especially when defending in the penalty area, hidden behind one’s body.  Really?!  Is that what you do when running?  You tuck your arms behind you?  Or when you are jumping, you never raise your arms to get momentum?  It’s gotten to the point where any appendage not glued to a torso is deemed to be in an “unnatural position” and God forbid that a ball should accidentally strike said appendage because, clearly, that demonstrates a deliberateness beyond any doubt.  The only reason defenders have to put their arms behind their bodies is because of the epidemic of ignorance that compels the masses to scream “handball!” should the two ever meet, no matter how unexpectedly or unavoidably.
Deep breath.
Don’t get me wrong – there are legitimate, deliberate handballs in soccer.  Some of the famous ones are Maradona’s Hand of God; Thierry Henry’s handball that was, effectively, a middle finger to the Irish; and Luis Suarez’ “I’m Ghana stop this no matter what.”  But do you know what wasn’t a handball, despite every single person I know —including the entire farlieonfootie staff — in addition to loads more people I don’t know, disagreeing dismissively with me?  Deandre Yedlin’s “handball” against Colombia in the Copa America Centenario.  How do I know this?  Let’s see…
Here is what Deandre said about the call – “Obviously it's unfortunate. It's not like it's deliberate, like I tried to stop it with my hand or anything."  OK, so maybe he was lying.  But the shocking thing is that, even though he said it was not deliberate, he went on to say "I think it's a 50-50 call.”  Aaargghhh!  If it wasn’t deliberate then it was 100% the wrong call.  Just one of the 17 quadrillion flies…
But, again, he could have been lying.  So let’s look at the video.  He’s pretty close to the attacker but not overly close.  He leaps into the air to block the cross.  In doing, so his right hand extends away from his body slightly.  He turns his back to protect himself (whether you approve of that or not) and, in doing so, his arm starts to move away from the ball and rotate toward the protection of his body.  Another split second and the culprit would have been concealed by his body.  But, alas, the ball clearly strikes his hand before that.  Did he prevent a cross?  Yes.  Does that matter?  No.  Was it deliberate?  No.  First, the hand was clearly moving away from the ball as Yedlin turned his body to protect himself.  Second, while not exactly right next to the attacker, Yedlin was reasonably close as the ball was struck – close enough that it is more than reasonable that he would be unable to move his hand out of the way.  Finally, while “the position of the hand does not necessarily mean that there is an infringement,” it is not unusual or, yes, unnatural for an arm to be swung up when leaping.  Conclusion: not a handball.
I’ve seen the Yedlin handball called hundreds of times.  And, admittedly, as a player or coach (or fan) caught up in the moment, I know I’ve even lobbied for that call, effectively joining the Nitwits.  But that doesn’t make the next Yedlin handball the right call.  Nor does it make 17 quadrillion soccer flies right.