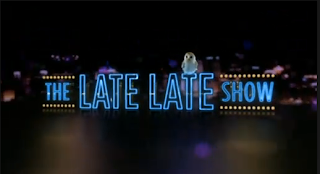 Javier Hernandez netted a late winner on Saturday afternoon at Old Trafford to lift the home side to a dramatic comeback victory -- the type of win that used to be routine, but one which had so far eluded the team's new Manager, David Moyes.  Hernandez' unmarked header from Patrice Evra's driven cross capped a stirring three minutes of action that saw the Red Devils surge from a late 2-1 deficit to the win.  The comeback was instigated by United's main men, as Robin Van Persie and Wayne Rooney combined for a glancing header off a corner kick to level a contest that had begun to test the patience of even the team's most dedicated fans.

Once again it was Adnan Januzaj who provided the initial spark off the bench, upping the tempo on an attack that produced relatively few attempts and only a solitary goal in the first 77 minutes of action -- that coming from Van Persie late in the first half.  No sooner had the Dutchman pounced on a rebound from Rooney's header to level the scoreline at one, though, did United hand back the momentum to their guests: a Phil Jones mistake leading to a fine Marko Arnautovic free kick which restored the Potters' lead just prior to the interval.

Although the victory may have been over only a mid-table Stoke City side, Old Trafford erupted with an explosion of noise that rivaled any heard in some of the team's most stirring come-from-behind efforts -- a testament to how much the win meant to the players, the coaches, and the millions of fans worldwide.  Herewith, our thoughts on the individual player ratings in a victory that may have far reaching implications for the rest of the campaign:

De Gea: Fine save on Crouch's initial effort, and nothing he could do about the rebound. Came up big to deny Walters before the game was a half hour old, but was unable to keep out a delightful Arnautovic free kick which restored the Potters' lead. Kept his head when all around him were losing theirs -- a Man of the Match performance form the Spaniard.  Let's be clear: this game was lost without his heroics: 9.5

Smalling: Slow to react to the initial attack from Stoke, which allowed the visitors to score their first goal in 5 1/2 hours. Was burned repeatedly by the easiest of moves; playing the center back on the right for his height backfired in two ways: immediately and regularly. 4.0

Jones: As if being found guilty of first half ball watching wasn't enough, his foul right before the interval led directly to Stoke's second tally of the afternoon. 4.0

Evans: Distribution today was almost as poor as his defending. Appeared to have grown two left feet since last week. 4.0

Evra: Prior to Januzaj's introduction, the Frenchman was the only player on either wing capable of crossing the ball. Superbly driven ball for Chicharito's winner. 7.5

Nani: Ballooned his first two attempts well over the bar, and failed to improve after that. Yanked in the 58th minute to an embarrassing chorus of boos from an Old Trafford crowd that should have known better.  Still, another puzzler from the Portuguese wide man. 5.0

Carrick: Afforded lots of time on the ball, and provided decent passes all day long.  6.5

Cleverley:  Displayed lots of nerves early on: two giveaways in his first two touches are not the way to return to the lineup. Surprisingly, the midfielder didn't improve much after that, either. 4.5

Kagawa: Unsurprisingly, looked completely lost out on the left. Would someone please tell the Manager that this is not his best position? 5.5

Rooney: Long range first half effort was denied by Stoke 'keeper Artur Begovic.  Provided an on-target header to allow RVP to clean up the rebound just before halftime, and his beautiful glancing header pulled his side level in the 78th minute. 7.5

Van Persie: Once again, it was a struggle, but Rooney's header provided him all the first half sustenance he needed to momentarily equalize. His second half corner was worked to perfection, and it  handed his side the momentum to score a crucial victory.  7.5

Hernandez (Cleverley), 68: Snatched at his first opportunity but made no mistake on the late header. A proven difference maker and game winner. 9.0