Reversal of Fortunes: On Liverpool's Ascendancy and United's Downfall 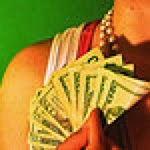 You gotta hand it to Scott: it's taken 28 games for him to start gloating:

o Ten games to go, including away at United, followed by the benefit of hosting Spurs, Chelsea and City. Lucas returning for the United game....  While I still don't say the word "Title" out loud, lest I be the recipient of some ridiculous "Mind Game" comment from Jose Mourinho, I have allowed the Top 4 belief to escalate to the point of intractability. Historical statistics, supposedly, guarantee a Top 4 finish for the in-form Reds. This fan believes and will enjoy the rest of the season, Title or not.
o And making that acknowledgment and acceptance all the sweeter is an embarrassing amount of giddy shaudenfreud when I compare Darth Ferguson's disparaging writings to United's current plight.  That David Moyes is collateral damage, in the demise of the Evil Manchester United Empire, is regrettable but unavoidable. May he abandon ship before Lucas the Brazilian Skywalker and Co. brave the narrow Old Trafford gauntlet and torpedo the thermal exhaust port (OK, I had to look up what that was called).
o In other news, making for an increasingly pleasant Spring, United's Spanish counterpart, Barcelona, are also beginning to implode (in the League anyway), to the benefit of my Real Madrid. And this 2014 stumble is largely with Messi in the team and fit. The opposite trajectories of the Catalans and Madrileños does not bode well for Spain's World Cup defense, but there is still plenty of time to right that ship. But, in the meantime, Carlo Ancelloti has Los Blancos floating to the top of the table like Classico warrior ghosts bent on treble destruction, including the thus-far elusive Decima.