Gunning for the Gunners 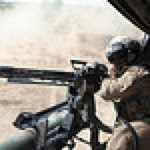 Ed is remarkably consistent in his Spurs' coverage this season:

o Spurs rebounded nicely from their loss against Norwich and were able to secure the three points from Cardiff City, but did it have to be that hard?  Granted, the team had a difficult Europa League game earlier in the week, and as their manager has said, the team usually plays terribly after such matches when they return to the BPL.  However, it seems that Spurs are too content to sit on a one goal lead, even against poor sides such as Cardiff.  This makes the end a flurry of crosses and near misses and makes the odds of slipping to a draw all too high.  I recall the master class show that Barca put on City in the last five minutes.  No flurry for City; simply no ball to get ahold of.

o I'd like to think Roberto Soldado also heard at least echoes of my past writings in this space.  Or perhaps he was just due.  His finish was terrific; his other play was, at it has been of late, quite good.  But let's not think one goal will spur (sorry) him into action.  Adebayor and the coverage he draws clearly helped.  That said, it would be nice for him to be something of a threat in this last quarter of the season.  Is it too much to ask for him to gain some confidence and start to put some more shots in the back of the net?  Clearly he could do it in La Liga, why not here and now?

o Michael Dawson continues to perform like the John Terry-light of the team.  He doesn't have the athletic ability or speed required to be a top defensemen, yet he sometimes always gets that leg out or his head on the ball.  He is underappreciated by people like me, and will probably continue to be despite this small praise.

o So where do Spurs stand on the race to fourth?  Well, only 4 points behind City, and 6 behind Arsenal.  It shouldn't surprise anyone that the Gunners are the team that looks most vulnerable now.  The loss of Theo Walcott has hurt them tremendously.  But do Spurs have enough left to catch them in these last ten games?  With games against Chelsea, Arsenal, Southampton, Liverpool -- that's Spurs's next four -- it's likely that catching the Gunners will be impossible a month from now.  So here it is, Spurs: time to step up and get it done.  Do you have it in you?  Dare we to dream?!?!

This is farlieonfootie for March 6.

Posted by farlieonfootie at Thursday, March 06, 2014