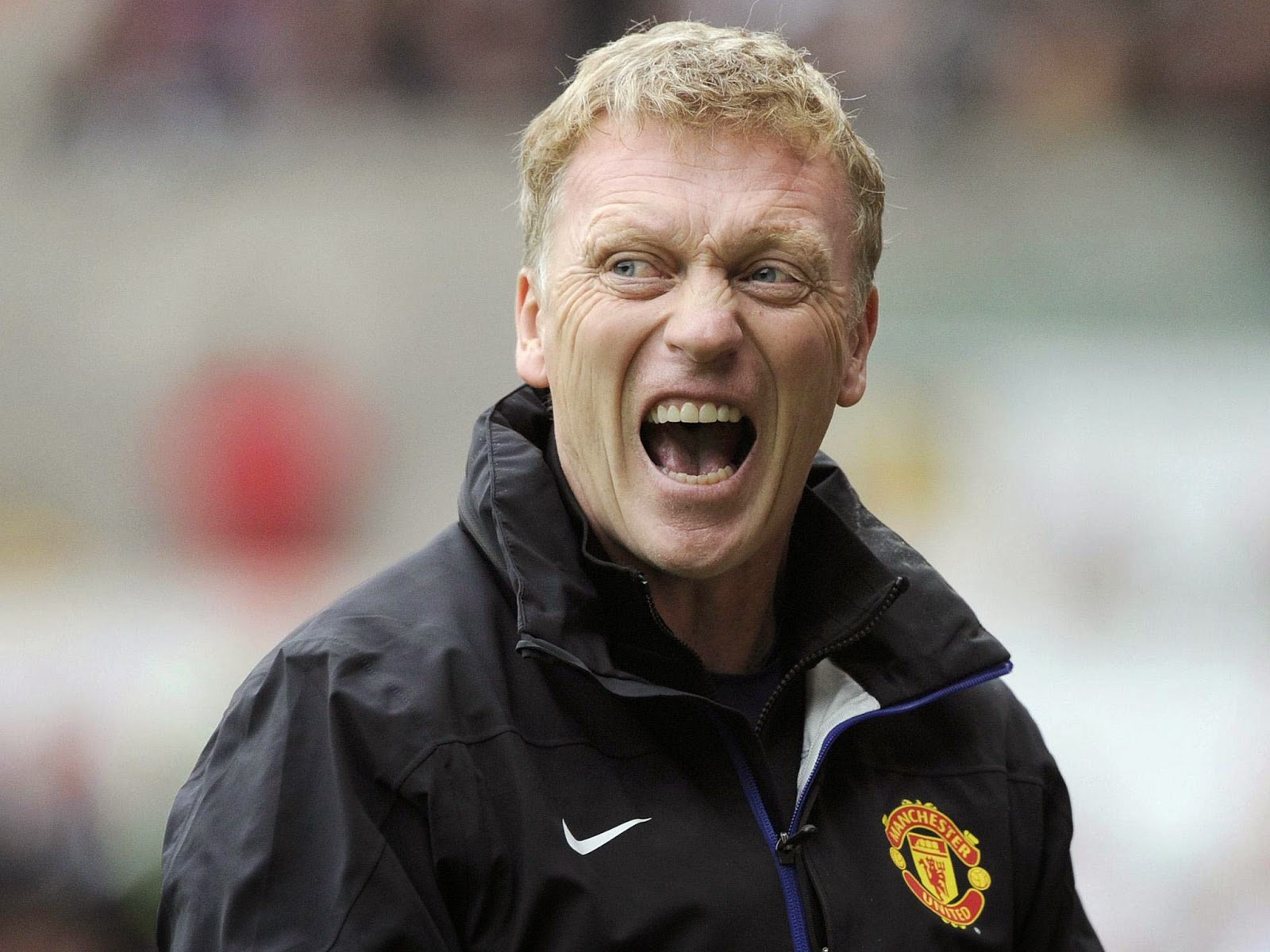 ....In other news, a disjointed, dispirited and downbeat Manchester United lost for the ninth time in the League this season, the most recent defeat coming at the hands of the club's historical archival, Liverpool.  The 3-0 spanking will have come as a surprise only to those who haven't seen the club play recently, as the Reds were throughly outclassed on their home pitch, never truly in the contest, out-coached, completely and utterly overrun in midfield and guilty of too many mental and physical lapses for one person to count.

If David Moyes and the club's legions of fans were hoping the two recent victories in the League were a sign of things to come, they would do well to remember who those victories came against -- sides near the bottom of the table.  The gap between the home side and the top four side from Liverpool looked like a yawning chasm on Sunday afternoon, with the startling 43 point turnaround from last season's point total seemingly a highly accurate reflection of the clubs' opposing trajectories.  One side looked to have a good young coach, a solid game plan, hounded the opposition at every turn, and received big performances from its stars; the home club had none of that.

While we have been somewhat hesitant to join the "Moyes Out" brigade -- creeping slowly but surely in that direction, yet desperately trying to resist the temptation to overreact to any single development -- the belief can no longer be denied: David Moyes must go.  Manchester United will not re-join the top ranks of English football until they free themselves of the weighty anchor that the former Everton manager has become.

Moyes may be a nice man; he may even be a good coach.  What he is patently not is a good choice as Manager of Manchester United.  To those who think this call unwise and too hasty, I understand your position but disagree.  I could write chapter and verse as to the failings of Sir Alex's hand-chosen successor, but I will not -- the mental energy required is beyond my meager strength at this time, and many of the reasons have been commented upon here and in many other places.  In short, suffice it to say that Everton man's time is up due to the many reason enumerated elsewhere.  To persist in the current path is not a productive solution, and represents pure folly on the part of those hoping for a quick return to the pinnacle of English football.

If the definition of insanity is doing the same thing over and over again and expecting a different result, the Board at Old Trafford will be headed toward Bedlam if they refuse to act at season's end.  Perhaps the most disastrous decision would be to "double down" on Moyes, handing the overwrought manager a purse full of the club's massive treasure.


It pains us to have reached this decision, but it could not be clearer or any more necessary in our mind.  Even a mid-week victory over Olympiacos in the Champions League will do nothing to sway our thinking -- not that we are expecting a favorable outcome.  David Moyes is not the man Manchester United needs, and his continued employment will do only harm to the club's future prospects.  It is time for a change.

This is farlieonfootie for March 16.

Posted by farlieonfootie at Sunday, March 16, 2014