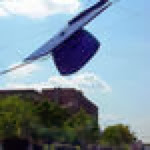 David Moyes' Manchester United put on a tactical masterclass in Europe last night, lulling a far superior Olympiacos side into a stupor and allowing them only a couple of niggling goals in a narrow 2-0 Champions League loss at the Karaiskakis Stadium. Smartly realizing they were outgunned from the start, Moyes' boys chose laughter as their most effective counter-attacking weapon, seeking to sit deep and make their Greek opponents collapse in paroxysmic laughing fits in the hope of distracting them from the immediate task at hand.
Hard as it may be to believe in a season in which not much has worked as intended, the Red Devils worked their gameplan to perfection last night, repeatedly pretending to be unfamiliar and allergic to the  ball by gifting it to their opponent and hoofing one long ball after another from the back. Chris Smalling offered a standout performance at right back for the visitors, pantomiming as if he were playing on ice and causing his opposing number to double over on several occasions. Antonio Valencia and Ashley Young were their usual steady selves, repeatedly doing the hard work before skying in crosses well over the heads of their closest teammates. And Tom Cleverley and Michael Carrick ceded acres of space in the middle of the park, sowing massive confusion through the home side by forcing the Greeks to ask themselves if they were playing a pub XI or the reigning champions of England.


The visitors' strategy was so cleverly utilized that Olympiacos could be forgiven for taking their foot off the pedal after coming to a belief that their opponent was entirely unfamiliar with possessing the ball in the offensive end of the pitch.  Remarkably, however, the team's 80 minute shift was nearly undone in an instant when Robin van Persie made the crucial mistake of taking an actual shot on goal -- fortunately for the visitors, however, the ball blazed well over the bar, the momentary threat was averted, and the team returned to their steadfast gameplan.

Having kept the tie alive with Tuesday's narrow loss, manager Moyes will undoubtedly be pleased and seeking to keep the score "close" in front of the home crowd at Old Trafford in three weeks time.

This is an only half sarcastic farlieonfootie for February 26.

Posted by farlieonfootie at Wednesday, February 26, 2014