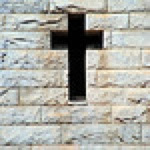 Manchester United suffered another late setback yesterday, drawing 2-2 with a relegation-threatened Fulham side. Providing tonic to the League's weaklings yet again, United dominated possession yet failed to create any real attacking threat for much of the contest. Going down early to Fulham's first attack of the afternoon forced the Reds to fight back and pull ahead late in the contest. Being held to a draw with virtually the last kick of the contest at a venue where they made last gasp victories their signature move will only add to the heaps of frustration the team and their many fans are currently suffering.

Herewith, the game day ratings for another chapter in a season that has rapidly turned into a farce:

De Gea: Nothing to do but pick the ball out of the net twice. 6.5

Rafael: Decent crosses but unable to connect. Why was he pulled? 6.5

Vidic: Didn't do nearly enough with his clearance in extra time. 5.0

Evra: Wild shot from distance and a tame header just before the interval. 5.5

Carrick: Sat deep in the middle and shot wide from distance. Distributed the ball well, especially from distance.  Gave his side the lead with a deflected bullet. 6.5

Mata: Not totally ineffective on the flank, but influence mainly down to long passes and extraordinary touches. Denied from point blank but got his third assist in three games on the rebound. 7.0

Rooney: Failed to attack the net, and was largely invisible before the break. Forced to shoot wide in the second half before being denied by Steklenburg. Looked tired. 6.5

Van Persie: Stuffed early and managed to sky Rafael's cross, as well.  Denied before the half and not given a penalty shout in the second half.  Tucked one in late on to make it a game. 6.5

Hernandez (Young), 68: Most notable play was to block Januzaj. Blazed over the bar near the ninety minute mark. 6.0