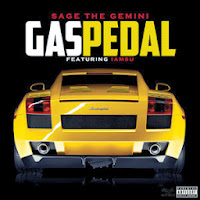 An early first half bombardment from the visitors led to a 3-1 victory for Manchester United over Fulham at Craven Cottage on Saturday.  Although the Red Devils appeared good value for their lead during a blistering first half performance, three substitutions at the interval changed the side's chemistry as David Moyes' team took its collective foot off the gas pedal on the their way to a second consecutive victory in the League this season - another first under the new United manager.  The result was a victory that came with some of its sheen taken off, as Fulham fought their way back into the contest and could have scored on multiple occasions in the second half to cast doubt on the result.

The game was a tale of two halves, as Antonio Valencia, Wayne Rooney and Robin Van Persie all scored before the break.  Injuries and a desire to rest certain players before a tough mid-week trip to Spain altered the side's momentum, and Moyes will be pleased to have escaped with a two goal victory after a second half that saw his team outhustled and outplayed.

Herewith the verdict on the individual player performances in a crucial victory that allowed the team to pick up some points on its rivals:


De Gea: Tested and passed: did enough to deny Berbatov on two separate occasions. Beaten only by an own goal off the Rooney deflection. 7.0

Rafael: Good final touch to deny Berbatov when the score was 1-0 and the result was still in the balance. His injury could be a concern. 6.5

Evans: Rarely bothered before coming off at the half. 6.5

Vidic: At his imperious best today, and never afraid to lead with his head. 7.0

Evra: Made some nice runs, but didn't appear familiar with Januzaj playing in front of him. 6.5

Valencia: Side-footed tap in to start the game, the Ecuadorian looked in full beast mode early on. Dropped back to fill in for Rafael in the second half. 7.0

Jones: Skied his first shot, but worked diligently in the middle. Still looks a bit 'fish out of water' in midfield. 6.0

Cleverley: Sprung RVP to begin the play that led to the visitors' third of the afternoon before coming off at the break. 6.0

Januzaj: Beautiful pass to unleash RVP for the Red Devils' second, but didn't nearly impact the game in the same manner as past weeks. 6.0

Rooney: Fantastic composure to pick out Valencia and open the scoring before an easy tap gave his side a third. Showed great touch today and looked as sharp as ever. Unlucky on being awarded the own goal; one that will likely be overturned by the infamous "dubious goals commitee." 7.5

Van Persie: United's second goal was never in doubt when it met the Dutchman's favored left foot.  He looked just as bewitchingly good, though, as he nutmegged a Fulham defender to pick out of Wazza for the Red Devils' third of the afternoon. Completely uninvolved in the second half. 7.5

Smalling (Rafael), 45: Filled in more than adequately for Evans. Snuffed out a number of second half scoring opportunities. 6.5

Fellaini (Evans), 45: More involved today, but still looks lumberingly slow. Played his role properly when sticking up for Januzaj after his young countryman was stamped upon. 6.0

Kagawa (Cleverley), 45: Played while wearing an invisibility cloak over his head. 5.0

This is farlieonfootie for November 2.

Posted by farlieonfootie at Saturday, November 02, 2013