No Touching (and Other Thoughts) 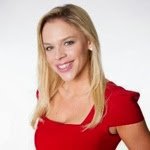 Correspondent Ed writes this one from the no-touching "safe zone":

It seems for Spurs these days that good touches into the net are hard to find.  They certainly are tough in the back – beasts in the back – and opponents other than West Ham can’t seem to break them down.  However, they also seem very predictable and, well, boring in the middle and up front.  They are able to possess, but unable to do much with that possession.
Part of this is the lack of form of Roberto Soldado.  I am still trying to figure out what he’s good at.  He certainly isn’t dangerous in possession – he lacks any ability to beat someone with the ball or even threaten to beat someone.  He also seems to struggle just to find an open shot.  Robert Lewandowski – a tough comparison I know – is very nimble in traffic and is able to manufacture shots which he accurately installs in the back of the net with his quick release.  Again, Soldado doesn’t have the ability.  I’ve heard that the ability Soldado does have is to finish crosses.  Hmmm.  Haven’t seen much of that either, though to be fair, Townsend likes to shoot lots more than he likes to distribute.
It’s been asked on the talk shows whether it is preferable to win or to play pretty football.  My answer to that is “yes.”  Pretty football is currently being played by Arsenal AND they are winning if no one noticed.  Why can’t Spurs do the same?  Is it really that the team just needs to learn each other and gel?  Not so sure I believe that.  AVB is a very young manager after all, and I suspect he’s the one that has to do more adjusting and learning than the team.  Though to be sure, he’s doing pretty well right now even if it is pretty boring.
#             #             #
All it takes is just a bit of touch to wake the sleeping giant known as Manchester United – was it from this very blog?  One can only wonder.... But some how, some way, they remembered they have Wayne Rooney and Robin Van Persie and a heck of a lot of other good players.  Their run is beginning and unfortunately will likely last for some time.

#             #             #
NBC’s US television coverage of the BPL continues to impress with remarkable insights and tactical observations.  But Eric Wynalda, Coby Jones, and Warren Barton (and Julie Stewart-Binks) do a terrific job of staying relaxed and being completely underwhelming.  Their Fox Soccer daily program is downright unwatchable.  Stewart-Binks has no relationship with the game, but she does have that perfect “American Female Sports Broadcaster” face – kind of pretty in one way but kind of snarky masculine in most of the others – so naturally she was irresistible for the position.  I so miss the ladies of Sky Sports --  Kirsty Galacher, where have you been?!?!


This is farlieonfootie for November 8.


Posted by farlieonfootie at Friday, November 08, 2013