So flippin’ farlieonfootie just took a page from Uncle Harry’s playbook (that’s Spurs Manager Harry Redknapp) and put out the order that we gotta take it slow at this year's holiday parties.  You know, we’ve got to keep our focus, keep up the effort, and keep stampin’ out the widgets like underage children in a textile factory.  Meanwhile, he’s all off the chain on us like Dieter at a Rave.  Yes, that Dieter, as in:  “Would you like to touch my monkey?”  And, “Touch him, love him!!!”  And, of course: “Now is the time we Dance!!!”


Now granted, at last year’s Festivus Party (for the Rest of Us), the so-called “Airing of Grievances” got a little KRAYE-Z.  And sure, there’s nothing quite worse than wetting yourself after too many Monks in the Trunk (Game Day Beer Review: 3.5 stars, Good all year round, but see it more as a fall blend) like a certain Blackpool correspondent did at the Tex/Mex Christmas and Hanukah Bash sponsored by our industrial sister website, www.farlieonfracking.com (seriously, I never thought shale gas was funny stuff until that night).  But that said, I have a few words for our “Dear Leader,” farlieonfootie, our self-proclaimed “Mega Mind” who I should add has little or nothing in common with this super-villain / hero other than his enormous blue head (well, maybe also the girlish figure and propensity for metrosexual tight leather “evil” outfits). 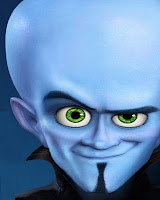 First of all, we’re not members of the Tottenham Hotspur Football Club.  But oh, how we’d like to be.  I saw some photos of our boys leaving some club in London late, late last evening, all laughing and smiling and trying (kind of) to duck the paparazzi and thought “I so should have practiced harder,” even though I know that wouldn’t have helped.  Seriously, to be 25, to be touring throughout Europe, lords of London, to be getting FORTY THOUSAND POUNDS a week just for playing football – all good stuff.  And then to be able to just hit the scene in places like London?  OTT as the young people would say.  688 on your dial, baby-liscious!

I mean, it’s not like being a forty-something tax attorney / footie blogger isn’t serious, sexy kick-in-the-ass fun.  I mean, it is.  Really.  The stories I could tell – if not forbidden by the legal rules of ethics – of dazzling corporate structures and zealous tax challenges would absolutely KILL.  And yeah, it would definitely make the ladies a bit weak in knees.

But let me tell you something that farlieonfoottie -- Mr. Big Pants himself -- and Uncle Harry have in common.  They’re both dead-set, lead-pipe-lock wrong.

We’ve all got to go out and let off a little steam, cuz.  I mean, not to be too pithy or anything, but everyone knows that “all work and no play makes Jack a dull boy”.  Seriously, though, I get that football or soccer isn’t work.  But humanity is about a little bit of everything, not just a lot of footie.  “All things in moderation,” said Aristotle, and I take that to mean a moderate amount of Blow It Up Partying, too.  You’ve got to have a little taste, so to speak, of all that’s out there outside of kicking what used to be a leather ball around a roughly 75 x 117 yard pitch.  So farlieonfootie (and Uncle Harry):  Loosen up already!!  Let boys be boys from time to time.  And then I bet, if you’re lucky, they’ll be rapping about you this holiday season just like they do about Mega Mind:

He used to be villain, just chillin’ and thrillin’
And now he’s like a cure, just call him Penicillin
Mega Mega Mind Mind
Mega Mega Mind
BRING IT!!!

Posted by farlieonfootie at Friday, December 17, 2010