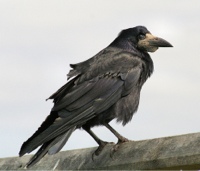 Scott enjoyed Sunday's game more than we did:

Liverpool’s recent modus operandi of scoring early and then hanging on by a corn silk strand for the victory has been effective thus far but I’ve had to double my heart medication.  On the bright side, compared to last season’s start, at least I’m treating a hereditary condition rather than simply clamoring for any type of drug to dull the pain.  It’s been three up and three down so far, with the latest narrow victory over Manchester United catapulting the Reds to the top of the table.  Bruised from self-pinching and with splinters and callouses on my knuckles, 2 weeks is way too long to wait to see if this ride will continue against Swansea.
In the 161st meeting between Liverpool and Manchester United, since the rivalry began in1895, the players were serenaded with cacophonous renditions of You’ll Never Walk Alone before, during and after the game.  With 24 of the last 41 championships having been claimed by one of the Reds on the field, it is not hyperbole to say this derby is huge in multiple senses of that word.  And since games are opened up by goals, what a treat to see the Good Guys score in the 4th minute due to intense offensive pressure that lead to a corner.  Daniel Agger was there to dutifully head toward his namesake, Daniel Sturridge, who glanced the ball past Patrice Evra on the line for his third goal in three games. Who would have thought that would be the only goal of the game?


Philippe Coutinho looks nothing less than a revelation in the making, such is his ball control and vision.  Simon Mignolet will soon find himself in the same ecclesiastical class asSan Iker Casillas with continued shot-stopping and distribution that borders on the divine.  After Sturridge performed his Sunday miracle, Steven Gerrard, lacking only stone tablets and a staff, guided his people through the sea of Red Devils by tracking back relentlessly to defend before surging forward again and scattering well-weighted passes.  Even Martin Skrtl was resurrected for the day and paired with Agger to form the protective pillar on the 18 yard box.
United were frustrated, especially Robin Van Persie, and Liverpool can be seen to be a tad lucky.  But defending intelligently and energetically to close out the game worked yet again.  Would things have been different if Rooney had been fit?  Maybe.  But when the aforementioned tenacious defending so frustrates last year’s Golden Boot winner to the point where he accumulates more yellow cards and verbal warnings than clear shots on goal, maybe not.