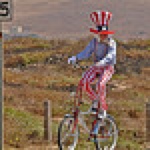 Ed weighs in on the U.S.'s Cup Clincher:

It was a pleasure to watch the good ol' US of A beat up on Mexico.  Apparently there are no Mexicans in Columbus, Ohio, which makes games there seem like home games as opposed to games in other parts of our country.  I've never been much of a fan of people who cheer for the team of their country of origin over their country of citizenship.  But I guess it's a changing world....

The USA put together a win with many of their B-team in the field.  Kyle Beckerman wasn't outstanding but played one of his best games as a pro.  Clarence Goodson looked, well, good.  Eddie Johnson showed that he was a different level of athlete, and Tim Howard seemed to erase all notions that he isn't the USA number one.

The first thirty minutes of the game Mexico poured it on and the US players looked terribly mediocre.  It seems sometimes that Jermaine Jones takes at least that long for his touch to become something other than wooden.  He's a tough enforcer, but I question how effective he is in light of his giveaways, penalties -- another close one in the box -- and yellow cards.  Sometimes I think all of the US players, with the exception of maybe Landon Donovan and Clint Dempsey, need more Coerver drills.

I can't say I started out as the biggest fan of US Coach Jurgen Klinsmann, but he has delivered and brought many new players into the mix.  I think he has more talent than coaches prior to him, but he also has the team playing with enthusiasm rather than scared.  Ultimately the test will be the World Cup and how well he does.  But this start couldn't be better and for that he deserves lots of credit.

A question I have for Klinsmann is US soccer in general.  Perhaps that's not truly his purview, but I would welcome more input and direction from him on the style and training of American youth.  What should we be looking for in players?  And how best can we develop them?  I've never believed academies are the only way to train kids in youth sports -- basketball seems to do just fine without them -- but I am curious as to other ways that the system could be modified.

Right now the USA team has quite a few players that are playing or could play top division soccer throughout the world.  This says lots for the distance we've travelled.  The journey is incomplete, but I think we've reached a point where each year will be better than the last, if not in result then at least in personnel.

A final thought on Mexico.  I frankly don't think it's the coach, I think the talent isn't as good as people believe and the other teams of the world have gotten better.  Other than Chicharito, a guy who doesn't seem to see the field that much any more for United, Mexico lacks top tier talent right now.  Bill Parcells used to say "you are what your record says you are."  For Mexico, this couldn't be more true.