A Buck Twenty (and a Player) 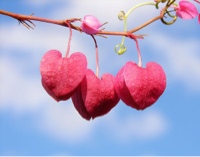 Ed pours his heart out in a paean to GB11:

One Hundred and Twenty Million Dollars?  And a player?

It makes sense, but just because something makes sense doesn't mean it's not going to hurt.  See, e.g., removing your wisdom teeth.

Gareth started with us as a boy, a fast boy, and every time he came in the team would lose.  If I recall, Uncle Harry brought him in late in one game that Spurs were so far ahead they couldn't lose, just to foil the jinx.

He also started with Spurs at left back -- left back!  And even when he started playing well at left half, Uncle Harry would comment from time to time that he'd make a great left back some day.

So where will Spurs be without him?  It's an enormous loss, in part because the team has forgotten how to score without him.  Often when one player is that good, the others go full beta and fail to assert themselves even when they're needed.  I think this happened to Spurs at the end of last season.

It's too bad, really, that this is all going on.  The addition of Paulinho and Soldado could push the Spurs to the next level.  Paulinho and Dembele in the center sounds great, and a serious finisher even better.  All this with Bale and Spurs had a legitimate shot at top four.  But no Bale, and Europa League is the best they can hope for.

What a strange league this is, though, where the transfer window runs so late.  Two weeks before the season begins and managers don't even know their rosters?  Bizarre.