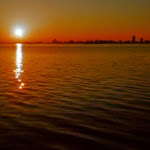 Ed is not amused:

o Let's not kid ourselves, the Landon Donovan omission is a disaster for the US team.  I like Jurgen Klinsmann, but there is no explanation as to why he would leave the best soccer player in US history off the team.  The explanation he gave -- that the other players at his position were just a little tiny bit better -- isn't good enough.  If it's close, you take the guy who has more world cup goals than Lionel Messi.  Donovan played great as recently as the 2013 Gold Cup, and I take him at his word that he did well in the recent tryouts.  I think it's clear, punctuated by the odd tweet by his son, that Klinsmann didn't like him.  It is impossible to arbitrate that dispute.  However, good coaches deal with players like this and get the best out of them.  See, e.g., Harry Redknapp (I cannot imagine Landon Donovan is tougher to manager than Emmanuel Adebayor).  Win or lose at the World Cup, this decision was a stinker for the team and for US soccer.

o Spurs have just hired former Southampton Coach Mauricio Pochettino.  The Argentinian guided Southampton to new heights.  That said, he had talent on that team -- Lallana, Rodriguez, Shaw, even Lambert, were all excellent players.  Southampton's style seemed to be similar to that of Pep Guardiola's.  The team pressed high on defense and possessed the ball on offense.  Similar, but not the same, as the possession wasn't as obsessive as Barcelona's.
o Almost more interesting than the new coach is what the Spurs will end up doing with their personnel.  I would expect the team to move for Lallana, though acquiring him is all a matter of whether or not a top 4 team (or Manchester United) wants him.  If so, no chance for Spurs, and don't be surprised if Lambert or Rodriquez join.  If not, well, they have a chance.  That said, does he really fit in at a top tier squad?  Is he fast enough?  Would he start?  We will see this summer.....

o On a final note, I am both happy and sad to announce to all of my fans that I will be leaving the sidelines of the best U9 team ever -- Fort Lauderdale Select.  My two year term has ended, and I hope and believe that I achieved my goal of leaving the team in better shape than when I found them.  While we were not tactically advanced, our technical skills were as good as any.  Our teams ended the season with almost exactly as many wins as losses, which is perfect I think, and we are one of the few teams in our Club's history to win a tournament and to come in second at a tournament at the Premier League level.  I will always cherish my memories of teaching the boys this great sport, and look forward to watching from the sidelines like a dad should.  I will of course be ready for that special moment when Daniel Levy calls and asks me to take over, even if only for a few months.  Hope the pros like Coerver drills. . . . . .