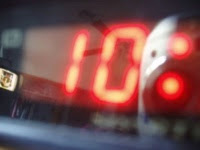 Scott's favorite team may have slipped up in their quest for the Premier League title, but his second favorite team secured a famous late victory in Portugal to secure their tenth European crown:

Over a decade after their last European Championship, Real Madrid finally have their Decima. The final score of 4-1 doesn't even come close to representing the game itself which made fans everywhere swivel from hope to frustration to begrudged admiration to near hopelessness to renewed hope to determination to elation to celebration. Of course, whether your Madrid is Real or Atletico, the order of those emotions change in a significant manner. At the end of the day, Atletico's yeoman efforts deserve the respect and admiration of all fans. But the quality and depth of Real outlasted them in the end.

It was clear from the start what Atletico's gameplan was - occasionally possess but more often chip long or go for the through ball, all while making sure that some amount of all-white uniform gets sullied on every tackle and challenge. I'm trying to remember if I've ever seen a team so consistently ticky-tack foul on every coming together. An elbow here, a shove there, a swipe at the ankle or calf and the occasional  hip check for good measure. All so consistently borderline fouls that, despite what seemed like a light snow of white jerseys draped over the pitch, only a few of these chippy challenges were called, and correctly so. But the impact on Real's game was remarkable and effective - no rhythm to build up to clear chances. Combine this aggressive play with an Iker Casillas error (despite Brad Friedel's attempt to defend him) and an overwhelming imbalance of "wanting it more" for the first 60 minutes, and Atletico were deservedly ahead.
Alas, a couple of key substitutions turned the tide as Marcelo, especially, injected pace and creativity to match the only other Blanco that seemed to want to win up until that point - Angel Di Maria. The last 15 minutes of regular time Real laid siege on Atletico's penalty area while the striped ones cleared and scrapped with heart to hold on, with no more subs, Juanfran sporting a rolled ankle and Diego Costa watching from the bench after his 9th minute substitution.

A corner deep into stoppage time, and a brilliant header by Sergio Ramos, gifted a wave of relief to Casillas and Gareth Bale, had who wasted three chances when through on goal without a shot on net. And Lisbon turned into an exported municipal civil war with yet another chapter to come in extra time.

I dare anyone watching that game to say they doubted it would go to penalties when the first 15 of extra went by without a goal. But then the Atletico express ran out of steam and was derailed in spectacular fashion.

Ultimately, it was the player who most looked likely to break through, Di Maria, who sliced through Atleti's tiring defense to shoot and provide the rebound for the surging Bale's header.
A case of cramps and understandable fatigue then washed over Atletico as Marcelo's fresher legs carried him brazenly through their ranks to beat Thibaut Courtois and put the game out of reach for good. A soft penalty on Ronaldo provided the exclamation point when he converted, and a treat for the female fans as he shed his shirt and flexed for viewing pleasure.