The Transfer Market Hall of Shame, Class of 2011

With a new year comes a new transfer window and the excitement is building. Rumors are flying fast and furiously as fans anxiously wait to see if their favorite team has upgraded their talent or lost what talent they had (stay tuned, Blackburn fans). With all the transfer excitement building, we thought it a good idea to look back on last year's transfers to see which have been the worst so far. While there have been some great ones --  Demba Ba to Newcastle, Juan Mata to Chelsea and, of course, Sergio Aguero to Manchester City spring to mind -- we’re going to look at the five worst transfers of 2011. My criterion, while very subjective, basically takes into account two things: 1) How expensive was the player in question; and 2) have they produced and lived up to expectations. With that said, on to our top, er, bottom 5. 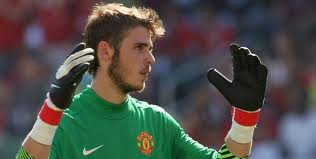 De Gea arrived at Old Trafford as the heir apparent to the legendary Edwin Van der Sar . Coming off a successful U-21 European Championship he initially seemed up to the task. Alas, De Gea has been tentative in the box of late, and susceptible to costly mistakes all season long. His play so far has earned him time on the bench, and it appears as if he has been replaced by Anders Lindegaard for now. Since De Gea is only 21 there's still plenty of time for him to turn it around and become United’s goalkeeper for the future. 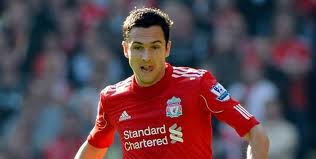 After 20 games in the League this season, Stewart Downing has produced absolutely nothing, save an arrest for allegedly punching his ex-girlfriend. He has zero assists and zero goals in Premier League play, but finally managed a point with a goal against Oldham in the FA Cup. Anyone who has watched Liverpool this season has seen Downing has had more than his fair share of opportunities to tuck away goals. At least now he has the same amount of goals as he has arrests. 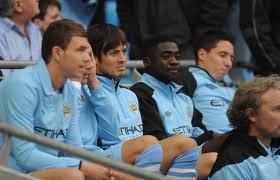 Nasri has appeared in only 12 league games, while making the starting XI only nine times. In those games, while he has netted two goals and seven assists, he has often seemed lost and out of place. With David Silva and Yaya Toure anchoring the City midfield it has been hard for Nasri to get on the pitch, especially as he has also been outplayed by James Milner. With Yaya Toure off the African Cup of Nations, thoughm Nasri should have a chance to play and show his worth. 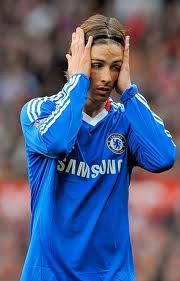 After a fantastic run at Liverpool, Fernando Torres arrived at Stamford Bridge with great expectations. Alas, under  new coach Andre Villas-Boas, Torres has had an incredibly hard time seeing the pitch, let alone starting, as he has only appeared in nine games with only two starts. Although he has produced in those brief appearances, two goals and two assists, it has seemed that he and Drogba can’t be on the pitch together, or at least AVB will not put them on together. With Drogba off to the African Cup of Nations, Torres should get the chance to prove he’s not a bust. Although, any professional footballer that wears the same headband as my daughter does when she plays soccer has issues.... Just sayin’. 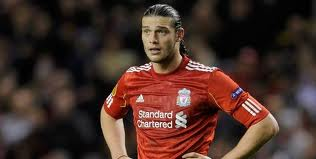 No wonder the Reds are having issues this year, with two players on our list of shame. Andy Carroll has produced a grand total of two goals. On the pitch, he has looked tentative and lost, with no scoring touch. He has had plenty of opportunities: he has attempted 42 shots so far, but most of them have been squandered.  He has been used as a substitute eight times in only 11 appearances, which I can only attribute to his lackluster play. It also hasn’t helped his cause that there have been many rumors of issues off the pitch. And now there are rumors of him returning to Newcastle --He really may want to consider a haircut and shave. Maybe a new image will get him going.