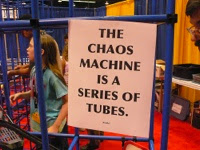 Scott is searching for answers, and he may want to begin by looking in Barcelona:

What has happened to Liverpool?  Perhaps the rose-colored glasses impaired (most of) the collective Kop vision, but only the most pessimistic of supporter would have predicted the current state of affairs.

Sure, Newcastle have refound their form and their speedy strikers are bound to give any team reason for pause. But the complete lack of creativity in the forward third was mind-blowing. You would have thought that Chelsea had loaned the Toon team their two buses, so impenetrable was (New)castle.

Then to concede on yet another sloppy melee in front of goal, when just a right foot could have made the difference. Like a newly-declawed cat, the Reds stumbled and swatted their harmless paws, seemingly both confused and bemused by their impotence.
After that performance, such as it was, it was little wonder that Brendan Rodgers fielded a capitulation side at Real Madrid. That the youngsters kept things close (per the scoreboard anyway) perhaps bodes well for the future but does nothing much to help them against Chelsea this weekend.

Might we see the once mighty, then middling, then re-surging and now slumping Reds "slip" further yet at the hands of Voldemourimho?  The smart money would say yes but Rodgers, Gerrard and Co. have much to atone for and one can never underestimate the pride of such men.

Let us all be proud.