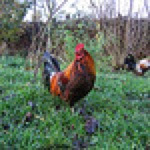 I recall Spurs moving Gylfi Sigurdsson to go with Erikson and Lamela.  Well, Christian Eriksen has been disappointing -- the poor man's Gylfi? -- and Lamela has been a lot of flash and potential but very little production.  In short, Gylfi has outperformed them both by a lot.

So where am I going with this?  Well, I'm not trying to protect Pochettino, but the reality is that these aren't his players seem very middle of the table to me.  Combine that with the fourth manager in the last two and a half years and one might suggest that management is blowing it.  These are great days for the Premier League and Spurs are missing out.  Perhaps it's time for Daniel Levy to start feeling the heat.  After all, what do you call a team that sells one of the best players in the game and spends it on mediocrity?