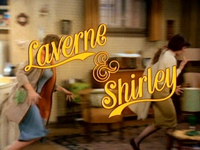 Once again, columnist Ed is wrong on both the facts and his point of view.  But by now you've come to expect all that, wrapped up in the neat little package that is farlieonfootie:

Turns out my attendance at a certain 40th birthday party this weekend saw me and the girlfriend put on a bit of a show as Laverne & Shirley (what can I say, other than that I’m a team player with a bubbly smile?), and ended up with a little over the top social drinking, some difficulty in remembering the appropriate safe-word (turns out it’s “Mufasa!!!” and not “Oklahoma!!!” for months beginning with “M”), and ultimately, a lot of “My head’s going to explode if someone doesn’t do something about the sun, like put it out” the next morning.

So I’m sorry to say to you, Mom, and to my other 57.3 loyal readers worldwide, that I missed the return of Charlie Adam (my second-favorite Charlie went big in a 2 - 2 draw that kept the Tangerines alive), as well as a miserable effort by Spurs (which I won’t even discuss parenthetically, although I will use a parenthetical comment to make that point).  But fortunately for you, I did get to see Sunday’s games, and I think a few comments are appropriate.

CHELSEA FINISHING STRONG
First, I have to say that the bossman was so caught up on hating David Luiz that he almost forgot to notice how much better Chelsea is with a healthy Lampard and with . . . . . David Luiz.  Who was it that said that Luiz was more important a pick-up than Fernando?  Oh that’s right, it was me.  Me, me, me.  Oh how I’d like to gloat more, but sadly we all know there is no credit to be taken because it was pretty obvious that Torres was both unneeded and would prove to be unhelpful.  I’m not sure what happened to this guy, but in addition to losing any ability to shoot, he seems to have lost all of his pace.  Seriously, I think farlieonfootie might give him a race right now -- at least if there were some kind of boiled ham trophy for the winner.
Anyhow, despite the fact that it is simply verboten to say it, Lampard looked good all game, as he pushed the ball to each open area and helped Chelsea completely dominate the match.  As for City, I hate to agree with the bossman, but there is absolutely nothing to enjoy about City right now as they play with zero style and even less creativity.  Only Silva is of any interest to watch.
SUAREZ AND CARROLL
Liverpool’s acquisition of Luis Suarez and Andy Carroll also look to be the right moves.  While the team looked somewhat incompetent at the center without Gerard, Suarez brings an energy to the front not unlike Rafael Van der Vaart.  And Carroll is simply a beast up front, especially with headers, and he also attracts a crowd.  I realize that Suarez is also hated by the bossman almost as much as Carlos Tevez (clearly he’s unfamiliar with the legal concept of “the first bite is free”), but he’s got to get over it as the guy flat out brings it.  Kenny Dalglish deserves some credit for both of these pick-ups.
STUART HOLDEN ASSAULTED BY UNITED
After an offensive tackle by United’s Jonny Evans left American do-gooder Stuart Holden out for six months with a knee injury, Evans called Holden to apologize.  So there’s that.  Evans also got a red card for the tackle, and really should have received more.  [Ed. Note: Like what?  A boiled ham trophy?]  The tackle may not have been intentional, but it was incredibly stupid and hyper-aggressive.  Evans may be on the B-team for United, but he’s certainly been around long enough to know what he did was outrageous.
CLINT DEMPSEY FIRES IN ANOTHER
Has anyone else noticed just how good a season Clint Dempsey is having?  At 28, he’s arguably in his prime.  That said, on a team that’s simply not that good, he’s put in 10 EPL goals in 30 games.  That’s more than Rooney or Torres....  Okay, not a fair measuring stick.  How about this, that’s the same as the Little Pea, and one more than both Nani or Nasri for that matter.  Get it?
USA U7’s
I happened to watch some U7 3 v. 3 in the Fort Lauderdale Select program this weekend, and wow can these kids put the hammer down.  Watch out, England, we’ve been practicing your little sport and might just show up and take your ball away.  At least by 2020.
This is farlieonfootie for March 23.
Posted by farlieonfootie at Wednesday, March 23, 2011