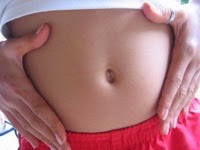 In which Scott is judgmental:

With only half a handful of games left in the current season, most Liverpool eyes are cast forward with anticipation to the summer transfer window, now that Top 4 is but a shiny toy yanked from reach just as the Reds leaped to claim it. Rather than futilely jumping again and again, now is the time to build the ladder, with fresh players, that will climb to the summit of the Premier League once more.

Who will stay and who will go?  Much has been written on the topic, but a few things stand out:

Balotelli just didn't work out and needs to be moved on. His style doesn't fit the current system and, despite flashes of brilliance, his frustration gets the better of him too often and his work rate barely registers at times. I still believe he is too often unfairly maligned, but his skill set is better suited for a different style of play.

Given that I was ready to write him off two years ago, along with most others, I can't believe I'm saying this but Henderson should be Gerrard's heir apparent to the Captaincy. The example of his work rate alone would be a fine contribution to that position, but his increasing ability to score and make the incisive pass puts him over the top. And with Gerrard gone next year, he won't have to captain sheepishly from the shadows.

Gerrard going to MLS is one of the blessings of this season. He was going to have to be more and more marginalized, so difficult for all parties when such a legend is involved. And the team can certainly use his wages for in in incoming talent.
I don't know what Lambert's wages are, but as a solid squad player and "change of pace option" I think he should be retained. He was not given much of a chance this year and the few opportunities that he did have were generally in the midst of desperation or dismal team play.

Borini has not done enough to stay.  Too bad we couldn't get the 14M for him last year.  When on the field, which is not often, he plays so desperately that he throws the hole team off.

Rodgers (yes, even the Manager is fodder here) should be retained, unquestionably.  Has he been perfect or faultless?  Of course not.  But he did take this team to 2nd last year and within a whisper of Top 4 this year after losing 50 goals.  He deserves another season.  Then we'll see.

Sterling just needs to take what is given him, gratefully, and learn how to tap in a sitter.  Then he can moan about earning Ronaldo/Messi wages.  Yes, he is a bright star with a very promising future.  But we've all seen our fair share of stars fizzle right after being crowned.

Glen Johnson just isn't good enough.  And given his high wages, he is a near certainty to move on.  In fact, he often doesn't even look interested in playing very hard.

We'll see what the summer holds, but those are some initial thoughts.  In the meantime, who would have thought Man U would have stunk it up even more than us over the past 3 games.  If Pardew's crew can edge the Red Devils and if Chelsea complacense manifests, who knows?