You Make Your Own Luck 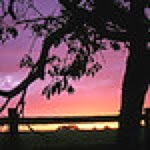 Scott's rose-tinged spectacles are fully polished up for this entry:

With 2014 behind Liverpool, a brighter 2015 awaits. Glimpses of the quality football to come have been seen over the past 4 games against Manchester United (I'm still scratching my head over that loss), Bournemouth (a deserved Capital One Cup victory), Burnley (a scrappy win over an under-valued club) and Swansea (with more than just a bit of luck).

Yes, there is still quite a way to go and the champagne I crack tonight will be solely to ring in the new year and not to toast Liverpool's completed turnaround. But with several players beginning to click and Brendan Rodgers finally finding a formation that seems to best utilize the talent available, it may not be long before another bottle is uncorked.

As ridiculous as it seems, in addition to the 2 quality goals against Swansea, the two lucky ones also boost my hopes. We all know that the best teams get "lucky" more than others and, in my estimation, shared by many, that luck is the product of a self-belief and confidence that manifests itself in the fortuitous block of a goalie's clearance or a generous own-goal. The best teams just KNOW they are going to win and play hard expecting that result, completing that self-fulfilling prophesy when that same expectant effort shakes a goal loose from the opposition. For too long this season, Liverpool have been playing scared, waiting for the other shoe to drop in the form of another crossbar rattled on one side before a mistake on the other leads to a depressingly familiar billowing of net. But at Anfield recently the roles were reversed and may it be a sign of things to come.

Helping, the “luck” along are several players who seem to be getting traction in the side as they gel with their teammates.  Adam Lallana was a revelation against Swansea and is beginning to look like the confident, dangerous player that pillaged so many defenses for the Saints.  His vision, control, work-rate and finishing (OK, maybe not the left footer he skied over the crossbar) were excellent.  Add to that the on-again off-again Philippe Coutinho, who flipped the on switch again, and you have a dangerously offensive midfield.  The Brazilian’s mazy runs repeatedly put defenders on their heels as he breaks forward to shoot or distribute.

Unfortunately for the Croat, leaving Dejan Lovren on the bench has seemed to help shore things up defensively.  With Kolo Toure experiencing a renaissance, Martin Skrtl making fewer errors and even contributing offensively with his head, and Alberto Moreno flying forward to join the attack, things are far from perfect at the back, but looking up.

Raheem Sterling didn’t score against Swansea but his movement and efforts up top in the middle gave the opposition headaches all game.  After all, It was his unselfish run that created the space for Lallana to penetrate to the left and score his goal.  I am continually amazed at how strong the youngster is on the ball now compared to 2 years ago.

So, if we take all the above, throw it in a bag (along with a healthy dash of Daniel Sturridge) and shake it up, it seems we have the makings of a good team marinating, and ready to get cooking in 2015.

Of course, since this won’t get posted until after the New Year’s Day Leicester game, watch my optimism boomerang back and slap the half-full glass right out of my hand…

Posted by farlieonfootie at Thursday, January 01, 2015