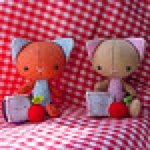 The title says it all:

Spurs lived up to their reputation of being soft Wednesday against a Chelsea side that completely overmatched them.  But fortunately there was more to it than that.

First, Aaron Lennon was rewarded with a starting spot for a good performance DEFENSIVELY against Everton, and started the game with a terrific move and cross to wonder boy Harry Kane, but then screwed up the easiest rule of defense --  “Stay with the runner!” – and was responsible for the first goal by Eden Hazard on a simple wall pass.

Let me just be clear about the stay with the runner rule: there are few wall passes around people in the BPL – maybe two or three a game – because players are trained to do that.  But let’s be more clear:  I trained my U9 team to do that and would have pulled a U9 player that messed that up.  It’s brain farts like this that keep Lennon from being the consistent impact player he should be, and that keep him largely an off the bench player.  He was eventually pulled by the coach, and I expect to see him on the bench again in the weeks to come, subbing in only when Spurs are desperate for an offensive spark or a fast player that can play the counter.

Second, Vladimir Chiriches is awful, at best a second division player.  Danny Rose, Kyle Walker, even Kyle Naughton, when are you coming back?  Chiriches isn’t merely a poor center back – his natural position – but an even worse right back.  It’s not just his defense that is poor; he also gives up the ball in possession regularly.  The matchup against Eden Hazard must have been hysterical to the Special One, especially when he saw that Aaron Lennon is the midfielder above him.  It’s possible to criticize Pochettino for this – Chadli should have started the game both for his brawn and defensive abilities.  Not to mention he does happen to be a top scorer for Spurs right now.  But again, the lack of defensive personnel due to injury and players he did not bring in is the biggest problem Spurs have right now, and not something the manager can be properly blamed for.

Third, Ryan Mason is someone that you want to be good, could be good, sometimes might be good, but just isn’t that good.  He lacks defensive ability, and while he is quick on the ball and in moving the ball, he also makes too many loose passes.  I suspect he starts because he has potential and is an academy kid.  At this point, though, Dembele would be a better choice, especially against a physical team like Chelsea.

Fourth, Nabil Bentaleb had his first standout game against a top opponent that I can recall.  He controlled the middle well, moved the ball well, and has earned a starting spot to me.  He is on the soft side, but he has gotten better here, and was one of the few positives in the game.

Fifth, Harry Kane is a star in the making.  He was constantly an offensive threat, running at player throughout.  He knocked Gary Cahill out of the game and made him looked bad in the process, and put one off the cross bar, his second game in a row hitting one off the post.  His passing is also terrific, as is his holding play, at one point coming away with the ball after being attacked by four Chelsea center backs and midfielders.  For the first time in a while, the Spurs seem to have a good striker.  I would stick with Kane and maybe even (gulp) Soldado in my second striker role and spend more money on defense.  If I was to pick up a striker, I would look for a star from a second-tier team rather than trying and failing to outbid the top teams on the top talent.

Finally, it would be impossible not to notice that Corresp. Scott was abundantly clear that he believes that I’ve lost a step out on the pitch on Mondays.  I’m not sure what to say about that, other than that I yet again completely sympathize with Stevie G.  Liverpool’s problems aren’t his, they’re the rest of a simply okay side that was made to look good by two enormously talented strikers.  Allen, Coutinho, et al – good players but not great without a top tier striker.  More interesting to me is that Brendan Rogers was until a few months ago considered one of the best managers in the BPL.  In fact, he was just featured in my monthly NSCAA magazine.  Now, of course, he’s being questioned for changing tactics so frequently and is starting to look a bit on the hot seat.  My questions are more fundamental – why did he abandon the Swansea possession game style at Liverpool?  And why is Liverpool now arguably worse than that Swansea side that got him the Liverpool job to begin with?

This is farlieonfootie for December 5.

Posted by farlieonfootie at Friday, December 05, 2014