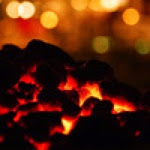 Ed's ready for the season:

How fired up am I about the 2014/2015 season?  Well, right now my anticipation has me on the same hair trigger as the Bossman when he panics his way out of the bathroom midstream after hearing Ian Dark scream “Rooneeeeey” in the other room.  As the young people say, I’m completely off the chain right now.

Why is it going to be that good this year?  Well, how could it not?  This year seven teams – seven! – are going to be in a mini-tournament for the top 4 spots of the premier league.  There’s clearly disparities among them, and it’s very likely the top four will be teams we are so regrettably familiar with, but even so, at least one of these giants of the BPL is going to be left out of the party.  Who will it be?  Liverpool, United, Chelsea, City, Arsenal?  The story lines abound.  Here are those from the top 7 clubs:
1.       Will the Special One continue his second season magic?  Will Matic be the ultimate BPL Cleaner?  Is Diego Costa that good or will he become the BPL’s next Roberto Soldado?
2.       Will Liverpool survive the departure of the biter?  Will Gerard finally get his title?  Will Coutinho and Sterling become dominant BPL players?  Is Sturridge going to be as effective now that he draws all the coverage?  Is Brendan Rodgers actually that good a manager?
3.       Will Arsenal contend for a top spot?  Will a team made better over the summer finally compete with the top four?  Will Ramsey get through the season without injury and take over Ya Ya Toure’s spot for the best midfielder in the BPL?  Is Mikel Arteta even close to fast enough to be captain and holding midfielder?
4.       Is Louis Van Gaal really that good?  Will he steer a United team that looked really good this pre-season back into the contenders that they once were?  Will Van Persie stay healthy?  Will Rooney continue his pre-season form?  Will the lack of European play propel them to the title?  Will anyone be able to play defense?


5.       Will Toure Ya Ya still have the drive to win despite the Birthday Cake debacle?  Will the rest of the City team want it as bad as they did last year?  Will Sergio Aguero play more than 10 games?
6.       Will Everton’s starters stay healthy?  Will Ross Barkley dominate?  Will the team be as competitive now that they also have the Europa League to play in?  Lukaku, Barry, Barkley, Stones, Mirelles, Baines, Coleman – are these guys really good enough to make it into the top four?
7.       Will Mauricio Pochettino finally be the manager Spurs have been looking for?  Will Roberto Soldado score?  Will Eric Lamella play as well as he did in the pre-season?  Will the Holtby press allow Spurs to compete with the top teams?  Will Danny Rose become a big star?  Will Erikson?  Will Adebayor play like he cares?  Will Benteleb grow into a top tier BPL midfielder?

Of course, it’s impossible to know what will happen.  What we do know is all of these teams look to be as good or better than they were last year.  And what I expect is that this year will confirm that the BPL is the best pro league in sport, as no other top league has this much competition for the top spots.  Germany and Spain are at best a top 3 and really just a top two.  It’s actually a shame that the BPL only have 4 Champions League spots, as I think the world’s most popular league is looking like it deserves more.

Finally, the coverage at NBC continues to shine.  By using the ESPN formula and bringing in English broadcasters and commentators, NBC didn’t forget that part of the appeal of the BPL is it’s very Englishy foreign-ness.  To that end Men in Blazers, coming off their success at the World Cup, are also joining the crew and will continue to bring up provocative issues like this:

“My biggest concern for Arsenal is that they will be battling runner’s nipple all season long.”
“Yes, very tight new kits.”
Gorgeous.  I just can’t wait.  Now let me finish peeing . . . . .
Posted by farlieonfootie at Saturday, August 16, 2014