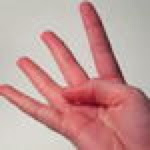 Fans of Manchester United read no further -- you have been warned. Scott's team is on a roll:

Spent.  That is the only way to describe how I felt at the end of Liverpool’s laborious and lucky win over Manchester City last Sunday.  Having started the match so fresh and optimistic, I soon eased back to enjoy the 2-0 lead with my children, all of us rocking our Reds gear.  Soon punished for my premature comfort, it was not long before I literally took off what was clearly not a lucky Liverpool shirt.  We’ll never know if my sartorial rectification influenced the universe and the ultimate result, but I can say, with some conviction, that those Bud Light superstition commercials are spot on – it’s only weird if it doesn’t work.

The tone of the day was set even before kickoff.  Minutes of high-decibel singing/screaming of You’ll Never Walk Alone were followed by a poignant, incredibly silent single minute of respect to remember the 96 who died in the Hillsborough disaster.  The juxtaposition of those minutes was an audible underscore of the respect we have for this sport and for those who passionately follow it.

This game, like most others, was not short on controversy.  After picking up a deserved yellow in the 3rd minute for a rash challenge (even if only minimal contact was made), Luis Suarez should have received a second yellow later on.  My relief at Mark Clattenburg’s leniency was tinged with the shame that Suarez should have felt and the heavy disappointment that comes with a backslide in behavior.  I really thought the Uruguayan was beyond this crap and hope this was a one-time relapse.

Liverpool, and Raheem Sterling in particular, were excellent during the first half.  The 19-year-old’s composure to feint left before going right to score was extraordinary.  The Reds were lethal on corners with Captain Fantastic only kept off the score sheet by Joe Hart’s amazing reaction save.  But then Gerrard supplied Martin Skrtl who flicked to the far post.  The only surprise was that they were only up by 2 before Manchester City finally found their way into the game.

Mamadou Sakho was lucky not to be whistled for a penalty when he whiffed the ball and bundled Edin Dzeko.  But a two-handed push by Vincent Kompany was also overlooked.  Manchester City’s first goal seemed inevitable as Liverpool stopped playing their game and allowed the baby blues to control the ball.  And it must be said that James Milner’s introduction for Jesus Navas really changed the game.  City’s second goal was a bit lucky as there was a deflection off Glen Johnson but Liverpool was allowing the pressure that led to that danger.

At this point, I found myself shirtless and berating the TV, albeit with G-rated language in front of my children.  Ok, more like PG, just shy of PG-13.  So when Kompany miskicked and Philippe Coutinho pounced it was quite a sight that greeted my wife when she raced to the room to see what the heck (children, remember)  all the commotion was about.  The ensuing twelve minutes plus stoppage time was nearly unbearable, with bad passes, over-dribbles (one earning Henderson a red card)and hasty clearances.  Gerrard described it best in his post-match interview – it was as if the clock were going backward.

Then the final whistle blew.  Captain Fantastic was overcome with emotion before exhorting his teammates, during an impromptu mid-field meeting, to focus on the next match now. FSG brought a World Series title to Boston after decades trying.  Can they do the same thing for Liverpool?  I hope so.  And I’m not the only one.  Just check out the message boards and you will see all kinds of postings from classy football fans who are all saying more or less the same thing: if my team can’t win it, I want Liverpool to win – because Gerrard deserves it.  Indeed he does.  Four more games.

This is farlieonfootie for April 15.

Posted by farlieonfootie at Tuesday, April 15, 2014