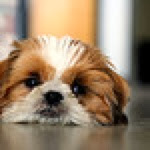 A downbeat Scott takes stock after a point that may or may not have been earned by a dive:

After winning at the Britannia last weekend, Liverpool, despite the presence of owner John Henry, came out so sluggishly against Aston Villa that they very deservedly fell behind 2-0 in short order.  Perhaps not fully recovered from the tough 5-3 win over Stoke City (or perhaps already looking forward to the Merseyside derby), there was not a red shirt on the pitch with any material pep.  Last week it was Gerrard lying deep, Henderson a little lost, Coutinho helpless in front of goal, Sturridge triumphant in return and Suarez sublime.  Against Aston Villa, Gerrard still started deep, Henderson began to feel his way, Coutinho was helpless everywhere and was rightly substituted at half-time, Sturridge scored again but failed to link as effectively with the much-more-human Suarez.

In fact, Suarez was so human that he, sadly, fell back into his diving ways.  Brad Guzan had come out bravely and went to ground but pulled back his arms as the Uruguayan rounded him.  To the extent there was any contact, it was minimal but Suarez went down nonetheless and the referee, way behind the action because of the lightning-quick counter, will have to be excused for giving the penalty.  At full speed, even the TV viewers’ perspective seemed to show a foul.  But in slow motion I was convinced that it was not a penalty and that Suarez had dived.  That Gerrard stepped up and scored the equalizer as a result made me think back to the “Old Suarez” who purposely batted a ball away from goal with his hands to help Uruguay overcome Ghana in the World Cup.  While I hope and pray that this was an aberration and not a backslide, I said before that the only way to judge if Suarez had truly changed was to observe his behavior when things weren’t going his way.  He failed his first test.

Stepping down from my moral soapbox, at least Liverpool managed a point, although it is very difficult to feel relieved about getting a point at home to Aston Villa.  Still, 2-0 down and playing worse than bad, we live to fight another day.

Of course, Philippe Coutinho may not be in uniform for that next battle.  I am a huge fan of the Brazilian but he was truly horrible on the day – scuffing shots, giving the ball away, being caught out of position.  He really needs to regroup.

Lucas Leiva added the needed spark when he came on at halftime and the team again slumped when injury forced him off 20 minutes later.  Simon Mignolet, so competent for so long, has now committed a series of errors over the last few games that are starting to mount up.  His woefully timed flap at a cross gifted Benteke a second goal in 2 games and cost his team 2 points.  Maybe he and Coutinho can join the same group therapy session.

When will Enrique be healthy again?  While Glen Johnson can be effective going forward on the right, on the left, Aly Cissokho simply dribbles into a corner each time in possession or flat-out loses the ball, unless playing it back or square.  I found myself holding my breath each time the Frenchman had the ball, especially in the waning moments.

And now I’ll be holding my breath when we host Everton next week.

This is farlieonfootie for January 19.

Posted by farlieonfootie at Sunday, January 19, 2014