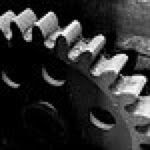 Well, after a dismal performance against Hull City last weekend, Liverpool looked largely lethargic in their Tuesday Capital One Cup game against Swansea. It was the Swans who looked most likely to advance, especially when they went ahead in the second half and, with only 11 min of regulation left, Brendan Rodgers replaced the ineffectual Rickie Lambert with the recently equally ineffectual Mario Balotelli. But within minutes the industrious Fabio Borini's pinpoint cross found Super Mario's lunging foot and breathed life into Liverpool's lungs. After a controversial red card, Swansea were without a key defender in injury time for a last gasp freekick, allowing Dejan Lovren to nod in after the Swansea 'keeper misjudged the cross. Lucky Liverpool seems to be a familiar refrain of late, and one that surely won't last. Get in gear Liverpool!
Surely the Reds have missed the injured Daniel Sturridge, his hereditary fragility apparently manifesting of late. But the squad has enough talent to compete against all but the very best teams even without their star striker. Rodgers must piece it together, become more creative in the final third and plug their defensive holes.
A word on Balotelli. It seems the Italian would no doubt benefit from having a strike partner and this fan would like to see more setups with that in mind, even before Sturridge's return. And while he has not scored as often as we would like, aside from the dreadful, no-effort outing against QPR 2 weeks ago, Mario has worked decently hard and been a pretty good team player, with many of his teammates backing him to succeed. Yes, he has taken some ill-advised shots and needs to be mindful of his teammates with questioning hands in air after yet another low-percentage shot. And he has gone down very easily a few times and stayed down. But all in all, he is just a talented striker struggling to find form with a new team, shouldering nearly all the goalscoring burden, and resulting criticism.


One thing about Mario that is especially pleasing - 2 months in and we are all talking about his football and not any antics (I hear knuckles on wood). Good for you, Mario. Most are behind you and feel you can succeed. Keep up the hard, unselfish work and the goals will come.
In the meantime, let's hope the rest of Lucky Liverpool can get in gear.