An Early Christmas for Liverpool Fans 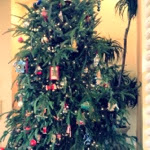 All Scott wants for Christmas is a title:

Against Cardiff City this past weekend, two more glorious goals and one assist are further evidence of Luis Suarez’ unmatched form in the league.  His first goal was an incredible volley while his second was an amazing, curling shot from outside the 18.  Jordan Henderson was the provider for both, with the second coming via a cheeky back heel.  For me, however, the most telling moment of the night, and cause for ongoing optimism, was the unselfish squared ball Suarez made to Raheem Sterling when he only had the ‘keeper to beat.  Sterling had only to side foot into the net but a player in form like Suarez would be expected to, and excused for, taking the shot himself.  That he chose to supply his teammate with an easier shot speaks volumes.

An otherwise dominant performance was Mutch marred by incredibly poor marking from another set-piece.  I’m no tactician but one defender marking two forwards doesn’t seem like a good strategy, and Jordan Mutch was obliged.  Yet another game without a cleansheet.  One has to wonder if those mental mistakes might come back to haunt in a tighter game.  Like, say, against Manchester City on Boxing Day or against Chelsea soon after.

The latter of those two title hopefuls played to a dour draw at the Emirates, despite some crunching tackles.  But a draw was exactly what the doctor ordered for Liverpool who now find themselves top of the league on goal difference heading to Christmas Day.  While one statistic says that the last 3 (or four, can’t remember exactly) league winners were leading on Christmas Day, another says that Liverpool have failed to win the league each of the last 3 times (or maybe two, but certainly more than one) they have led at the yuletide juncture.  Regardless the actual numbers or which statistic you choose to believe, I choose to believe in Santa (regardless of his race) and in enjoying a very Merry Christmas at the top of the league.