Thoughts on England vs Ecuador, Miami-style 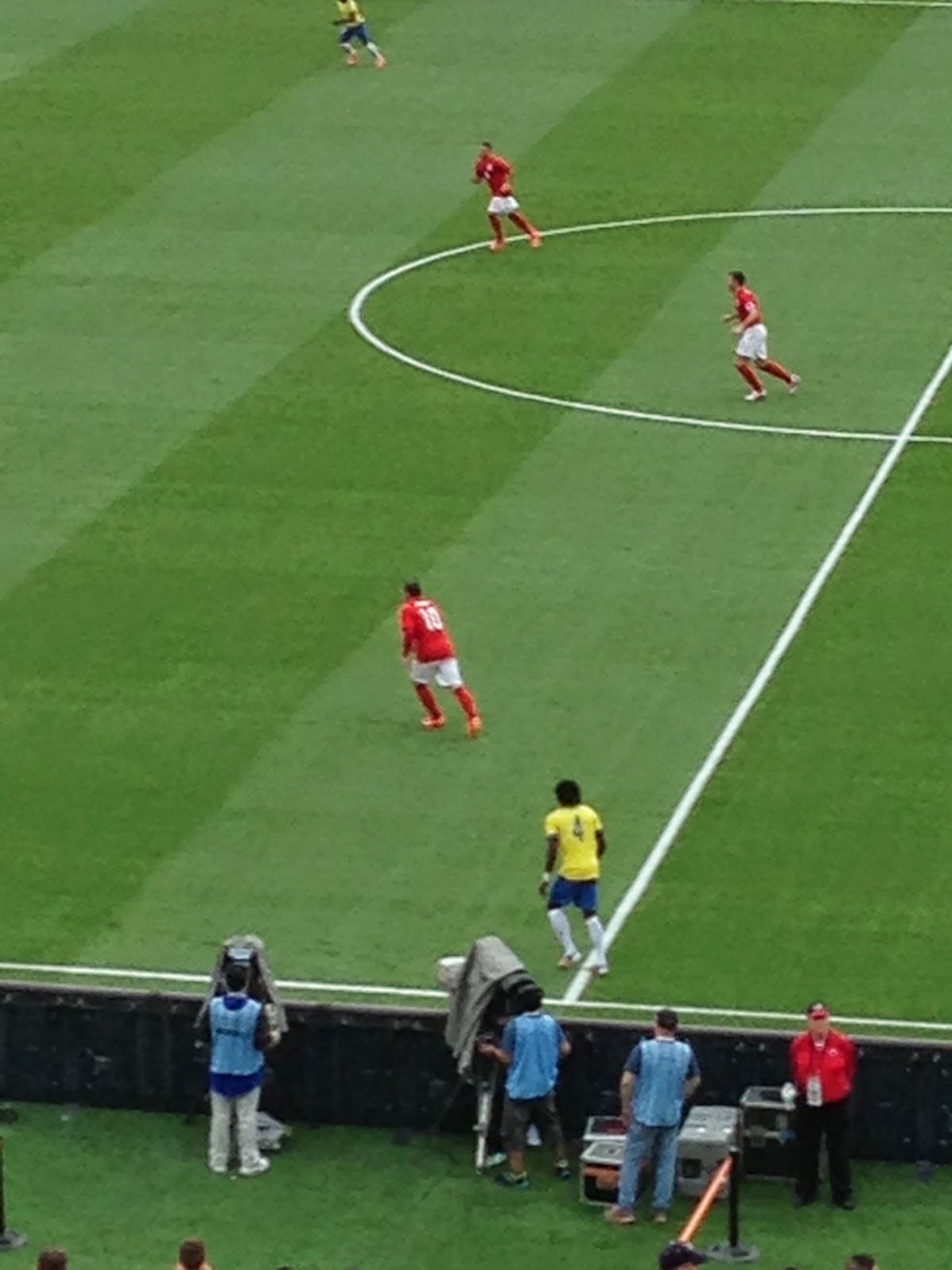 Scott's detailed notes from yesterday's game:
Ensconced in the luxurious surroundings of a Farlieonfootie-sponsored skybox, after a staggering amount of libationary and gastronomical delights were savored at the somewhat misty tailgate party, the in-town staff members (poor Ed) viewed the proceedings below with the critical eye to which our loyal readers have become accustomed. Dodging my head from side to side in order to catch the action beyond my impossibly large Heineken can (all the craft beer was in the parking lot), I was witness to 90 minutes of English languidness and Ecuadorian effort which, ultimately, earned the South Americans a deserved draw against the sputtering Three Lions.  Despite controlling large parts of the game, including most of the first half, the Brits were unable to triumph.
Milner at right back (for a while anyway), Rooney wide to the left, Lambert up top and Gerrard and Sturridge nowhere in sight, English fans will hope that Roy Hodgson learned what he needed to from the experimental lineup and will adjust accordingly. The middle defensive pairing of Jones and Smalling could generously be described as shaky while neither Luke Shaw nor the aforementioned Milner were able to provide appropriate cover at critical times. Shaw, especially, seemed lackadaisical when a yellow shirt threatened the box. Tired?  Adjusting to the climate?  Let's hope so.
Rooney and Wilshire were just OK and, while Lampard did ooze calmness on the ball, his howitzer shots from distance were far more dramatic than they were effective.  Barkley, on the other hand, showed moments of creativity which largely contrasted the general play of the English.  I have a sneaking suspicion that he will be critical in deciding England’s fate later this month.
Another bright spot was the new Liverpool boy, Rickie Lambert.  What a week he is having!  First signing a contract with your boyhood club at the age of 32 and then scoring an excellent goal for your country.  I think he, too, will have much to offer if given the chance in Brazil.


Finally, a word about poor Raheem Sterling.  Given his chance in the 65th minute or so, the speedy youngster was working his way into the game and seemed poised to make an impact with his fearlessness and ability to dribble at real speed.  But then his reckless challenge on Antonio Valencia earned him a slight choke by the Ecuadorian and an undeserved red card.  The message boards are lit up with the controversy of red vs. yellow and even His Farlieness has weighed in on the matter.  Risking month-end bonus money, I have to disagree with the Bossman and go on record as saying that I believe it was a yellow and not a red because his intention was clearly to win the ball, there were no studs and, while his leg did pop up when he hit the turf, he clearly got some ball.  That said, since there is no suspension for the red card, it may have been a good thing for the youngster and the rest of the team as it can serve as a reminder that World Cups are officiated in a very different manner than the BPL, where such tackles are much more common.
Some are picking England to escape their group, and I hope they do.  But with opponents like Italy and Uruguay, they are going to have to up their game significantly.
This is farlieonfootie for June 4.
Posted by farlieonfootie at Thursday, June 05, 2014